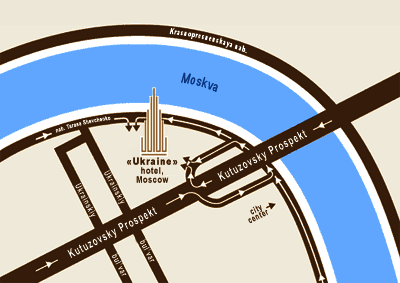 The Radisson Royal Hotel, Moscow (former «Ukraine» hotel) is the premier and reputable accomodation choice, located in one of the Seven Sisters high-rises in central Moscow, on the banks of Moskva River. The hotel is situated right across the seat of the Government of the Russian Federation, very close to the Ministry of the Foreign Affairs of the Russian Federation, the International Trade Center, Expocenter, Moscow City business center and multiple foreign embassies. The Red Square, the Kremlin, the Bolshoi Theater, the State Tretyakov Gallery and many other key sights of Moscow are just a few minutes away. 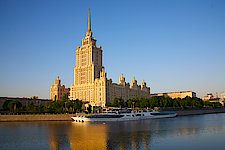